The Road to Economic Recovery is Still Full of Challenges

Fabio Panetta, a member of the ECB’s Executive Committee, said on Monday that price pressures in the euro zone will remain moderate for a longer period of time. Data on Thursday showed that the November core inflation rate in the euro zone remained unchanged. Von der Leyen said on Wednesday that there was a road to reach an agreement, although the road was very narrow. There are still huge differences with the British government on many issues, especially in fisheries. Germany’s December Ifo Business Climate was 92.1, higher than last month’s 90.7, and also higher than market expectations of 90.0. From the chart, the EUR broke away from the consolidation of the previous week and continued to rise, and the golden cross signal appeared in the moving average pattern. Support 1.2072 Resistance 1.2272. 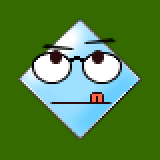